Day 1 saw the Victorian U17 Girls Squad kick off the 2019 NTC Challenge with a match against Tasmania. Some early pressure and ball control saw the team get out to a dominant 3-0 lead in the first half.

7 substitutions were made at half time to allow players to settle into the tournament during the first match. The second half saw the Vic girls continue to break down their opposition in the attacking half. However, a nervous error while playing out under a high press saw them concede. The players bounced back quickly though by creating multiple goal scoring opportunities and converting two goals. Overall the squad started the tournament on a high by finishing the first match off with a final score of Victoria 5 to Tasmania 1.

Match 2 on Day 1 of the tournament witnessed yet another dominant performance from the creative Victorian squad. The team played out under an organised defensive set up by finding different solutions all over the pitch. The girls continued their relentless attacking play from earlier in the day by taking numerous shots on goal including some shots hitting the crossbar and just flashing past the face of goal. The Victorian team put the Queensland side under stress with a well organised high press which resulted in an intercepted ball leading to a neatly tucked away goal.

With the backing of the one goal lead, the girls went into the second half with more confidence. This enabled the outfit to play with more freedom and led to more creative goal scoring opportunities. Victoria’s second goal came from a mix of a well-structured high press and some individual brilliance, with the fullback intercepting a ball and driving forward to slip a goal past the goalkeeper. The final score was Victoria 2 to Queensland 0. 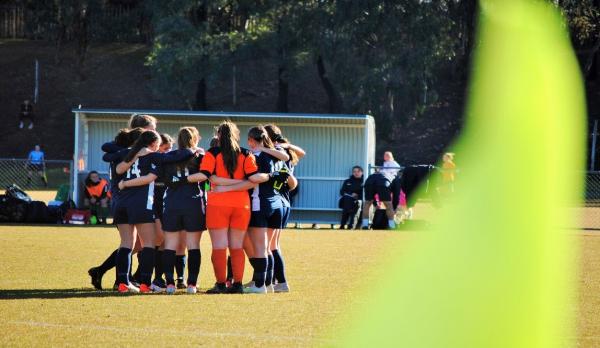 On the Day 2 opener of the competition Victoria’s U17 squad came up against a very strong opposition in the form of the Newcastle Jet. Newcastle pressed early before Victoria began to gain control of the game and looked threatening in the mid to front third of the pitch. The girls broke down the Newcastle defence through a variety of creative plays, resulting in multiple shots on goal which unfortunately weren’t converted in the first half.

The second half saw a defensively organised Victorian team who were able to prevent Newcastle from getting forward. The girls continued to control the game with comfortable possession from the back line through to the front, forward runs and attacking creative play in the front third. The players continued to find different solutions tactically whilst confidently showing their individual ability and as a result were able to find a goal in the second half. Final score was Victoria 1 to Newcastle Jets 0. 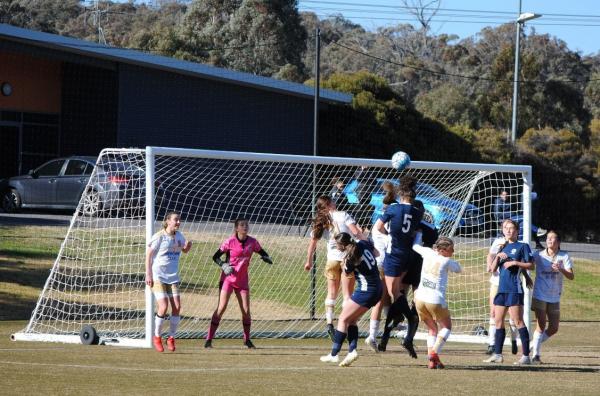 Day 4 of the NTC Challenge saw the play off matches occur between both groups. After topping their group, the Victorian U17 squad, were set to play against the second placed finishers from the opposing group at 10:00am, followed by the first placed team during the last fixtured match of the day at 4:10pm.

The Victorian side started very strong against Capital Football for the 1st v 2nd play off. The girls were able to break down the Capital defensive structure on several occasions resulting

in a large amount of effective possession in the mid to front third of the field. The Vic girls were able to put away a goal in the first half through a well struck shot into the top left corner from roughly 20 meters. The team also continued to negate any attacking play from the Capital Football side resulting in a 1-0 lead heading into the break.

The Vic girls continued their positive and attacking style of football throughout the second half by continuing to take numerous shots on goal, stemming from skilful play to further break down the Capital Football defence. The team’s second goal came from a brilliant touch off their winger to set up a first-time volley for the Victorian striker, rifling into the top right corner of the goals. The Vic squad continued to dominate the remainder of the match, tucking away another 2 goals resulting in a final score of Victoria 4 to Capital Football 0.

The final match of the day saw the highest placing teams across both groups, being Victoria and New South Wales, playing off against each other. Both the sides applied pressure immediately from kick off. Victoria began to gain control of the game throughout spells of controlled possession and looked very threatening in the attacking half of the field.

The Vic girls set up a defensive high press to force an error off the NSW centre back, resulting in an intercepted pass from a midfielder who recognised the goalkeeper off her line, lobbed the goalkeeper over the top and put the Victorian side 1-0 up. Following this, the Vic girls were unlucky to be called up for a handball from a defensive corner, consequently giving the NSW side a penalty kick to level the scores at 1-1. The remainder of the half continued a physical battle with a high number of transition moments and dynamic play. The Victorians suffered a blow during the first half with the goalkeeper being taken out from a collision during a defensive corner. The Vic team fought to maintain possession and create goal scoring opportunities but were unable to convert, seeing out the first half at 1-1.

Both sides started the second half very strong with end to end play and a number of physical battles occurring across the field during the first 10 minutes of play. The Vic girls continued to keep their cool and play out against a relentless NSW press by finding various solutions to further create goal scoring opportunities. With a brilliant pass to go in behind the NSW defence, a combination with the winger and striker saw the Victorian side hit the crossbar from a shot just inside the box. Another exceptional piece of play came when the Vic girls played through the lines and in behind the NSW defence once again, forcing the opposition to clear the ball out for a corner.  A well-rehearsed set piece forced an outstretched save from the NSW goalkeeper, resulting in a rebound which was followed up by the Victorian winger to put the team ahead 2-1. The NSW side surged forward to find an equaliser, but the Victorian defence were able to nullify any clear goal scoring opportunities. The final score was Victoria 2 to New South Wales 1. This win saw the Victorian side go undefeated throughout the week, winning every game and only conceding 2 goals (1 of which being a penalty), whilst scoring a total of 14 themselves. 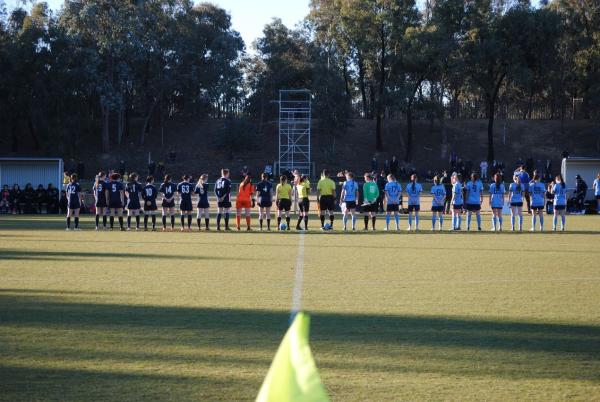 The final day of the tournament saw players from all member federations placed into 8 mixed teams across 4 matches based on the evaluations from Technical Study Group throughout the week. Each mixed team was placed with the staff from a member federation to replicate a national team environment where players from around the country are placed together and expected to play as one team.

National team staff were able to see the players in an environment out of their usual comfort zone. This also reflected the players’ ability to tactically understand different styles under another set of coaching staff.

Upon conclusion of the final mixed match, a short presentation was conducted by FFA staff. Each state received a player of the tournament with Nia Stamatopoulos receiving the award from Victoria, capping off a wonderful week of football.