The Semi-Finals for the Dockerty Cup were revealed today, with the five Victorian teams who progressed through to Round 8 of the Australia Cup learning their fate.

Unlike past seasons where four Victorian teams progressed through to the Australia Cup qualifying rounds, in 2022 Football Victoria was allocated a fifth position in the tournament.  This brilliant piece of news had a major impact on the structure of the Dockerty Cup and in May, a re-alignment was announced confirming that the first two teams drawn would enter a play-off round prior to the Semi-Finals.

The Dockerty Cup ties that are drawn today will be played over the following key dates: 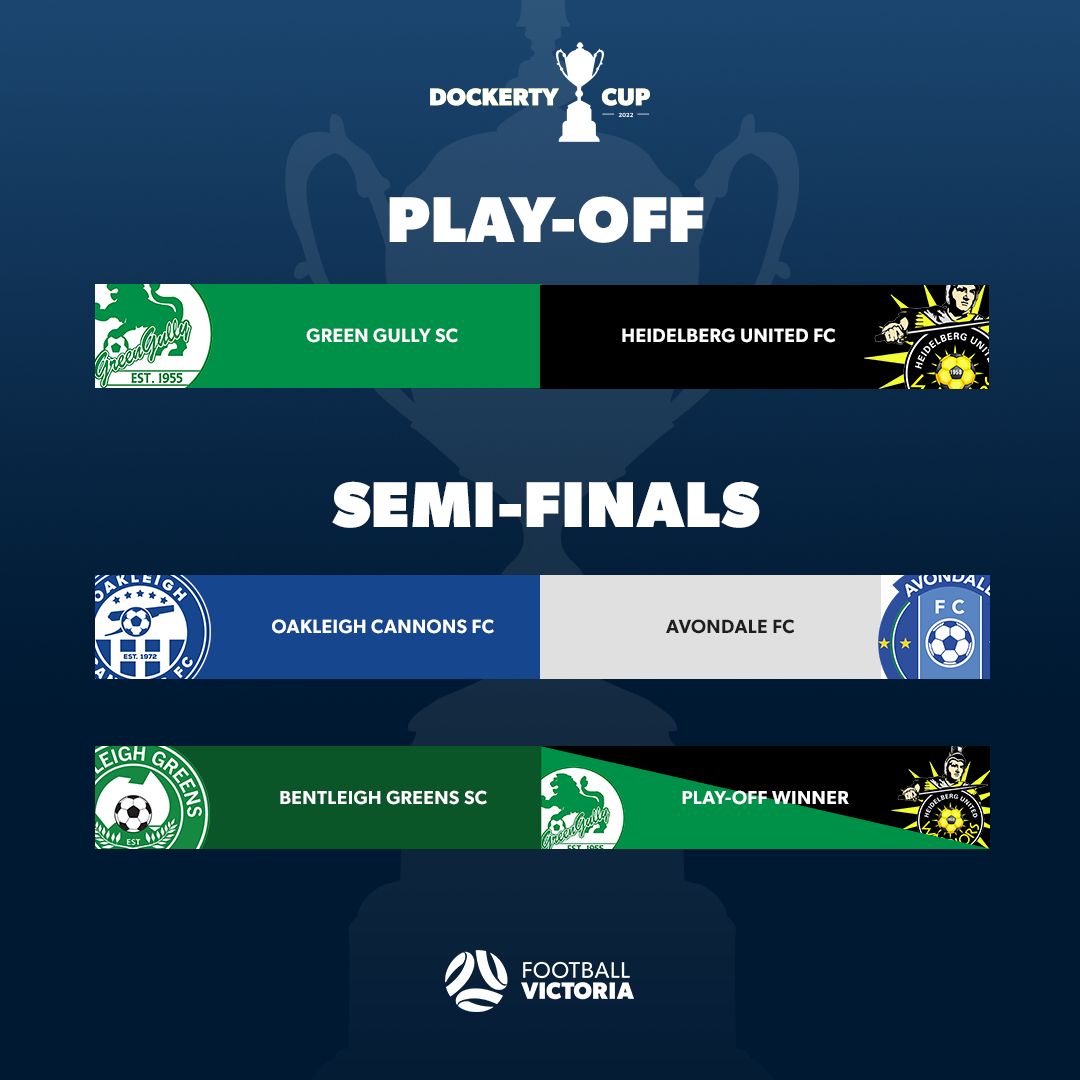