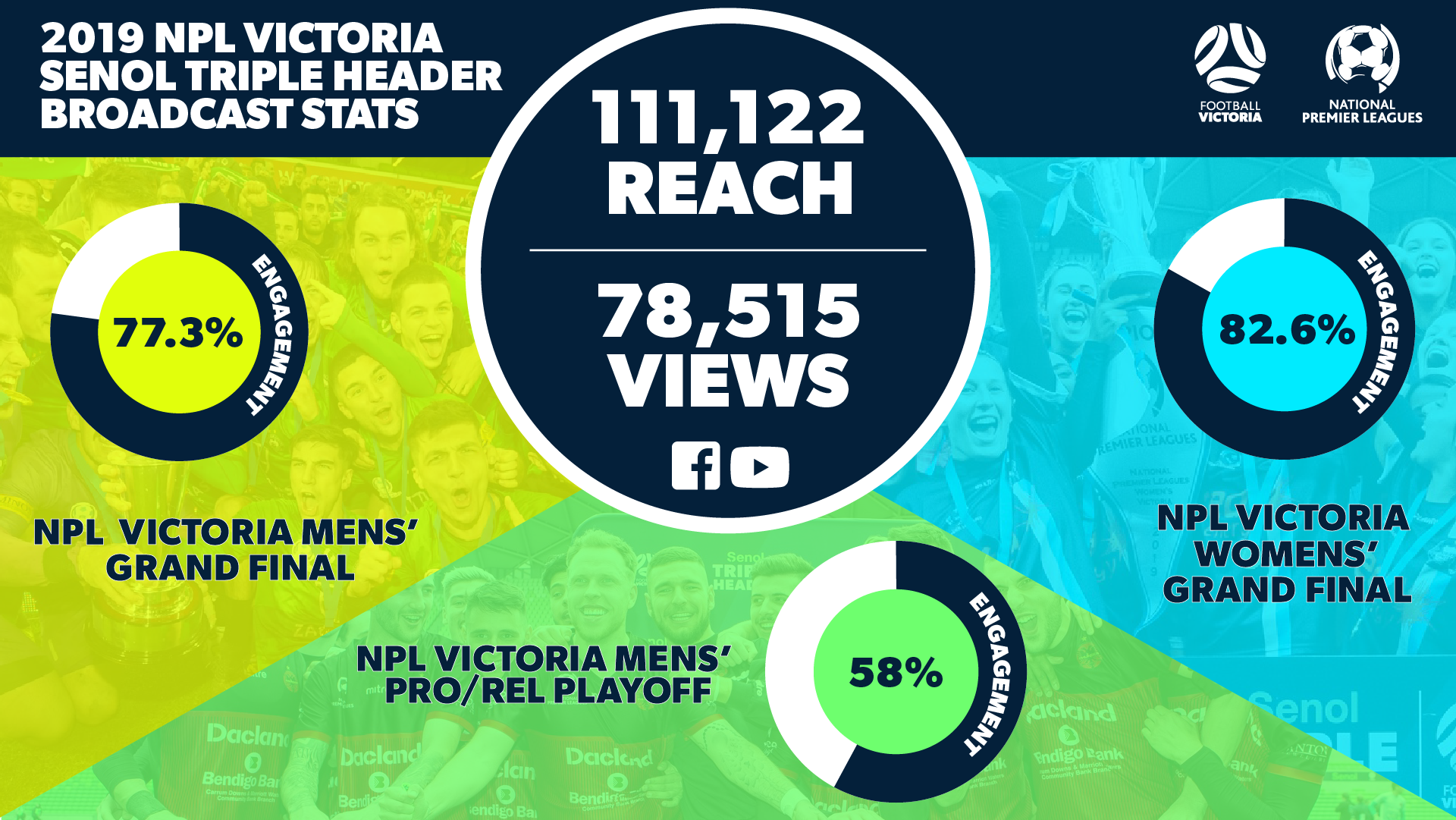 Football Victoria CEO Peter Filopoulos said all NPL, NPLW and selected NPL2 matches were broadcast weekly in 2019, promoting many clubs across the state. He said the Senol Grand Final Triple Header broadcast was a high-quality production, backed by a high-quality line-up and well supported by SBS’ promotion on its The World Game platform.

“To see so many viewers tune in throughout the day was a fantastic endorsement for football in Victoria. We have clearly struck a chord with fans across the NPL and NPLW competitions in this state and the fan base continues to grow,” Mr Filopoulos said.

“The quality of Victorian football, week in and week out, is well worth watching and it was also very satisfying to see comments from fans tuning in from as far away as Scotland. We very much thank SBS for their support in promoting it as well,” he said.

“We’re also working hard to grow crowd attendance on the day as we keep building on this marquee event on an annual basis. There’s no doubt AAMI Park is the showcase venue for football in Victoria and it’s a huge opportunity and honour to showcase the best of our state’s NPL and NPLW competitions each year.