On May 15, Avondale FC hosted a ‘Pink Sports Day’. The day was in support of BCNA, an organisation that for 22 years has worked tirelessly to support Australians diagnosed with breast cancer.

The Club donated an incredible $35,000 to BCNA at its BCNA Charity Luncheon Event, with funds being raised through auctions, merchandise and donations.

The occasional was a tremendous success off the pitch and the senior men did their job on it.

Donned in all pink to mark the occasion, the Avengers surged to the top of the NPL Victoria table after beating fellow contenders South Melbourne FC 2-0.

The showpiece match followed a junior girl’s clinic and senior women’s exhibition game, which ended in a 5-2 victory for the hosts – but the day was about so much more than just football.

Fans embraced the occasion, with a sizable crowd flooding into Avenger Park, many of whom also sported pink accessories to show their support.

A short drive from Avondale’s Parkville based home, Northcote City FC also demonstrated exceptional generosity in raising awareness for the same cause.

Just a week earlier, Hraklis (Iraklis) kicked off female football week on May 8 with a bang by donating more than $25,000 to BCNA.

The Club hosted a heart-warming fundraising event, followed by a Jersey Night, where sponsors and the Northcote City community united towards a common cause.

The scenes were bittersweet. As like many Australians, breast cancer hit particularly close to home for some of the Club's senior administrators.

Several of the speakers have had close family members directly impacted by the disease, making their speeches particularly inspiring and emotive.

The Club and its community was joined by a host of guests, including Kat Theophanous MP of Northcote, Mayor Cr.Lina Messina and Councillor Emily Dimitriadis.

Once again, the host team also celebrated the weekend with an emphatic victory on the pitch. A 3-1 win over FC Bulleen Lions was enough to keep Northcote City well in the hunt for promotion.

Northcote City FC is doubling down on its exceptional fundraising efforts on May 27, when it will host it's inaugural Biggest Morning Tea.

From 10am-12pm, the Club will host a morning filled with guest speakers, raffle prizes, donations and more. The Club has set a target goal for $5,000 for the event, to raise funds for the Cancer Council. 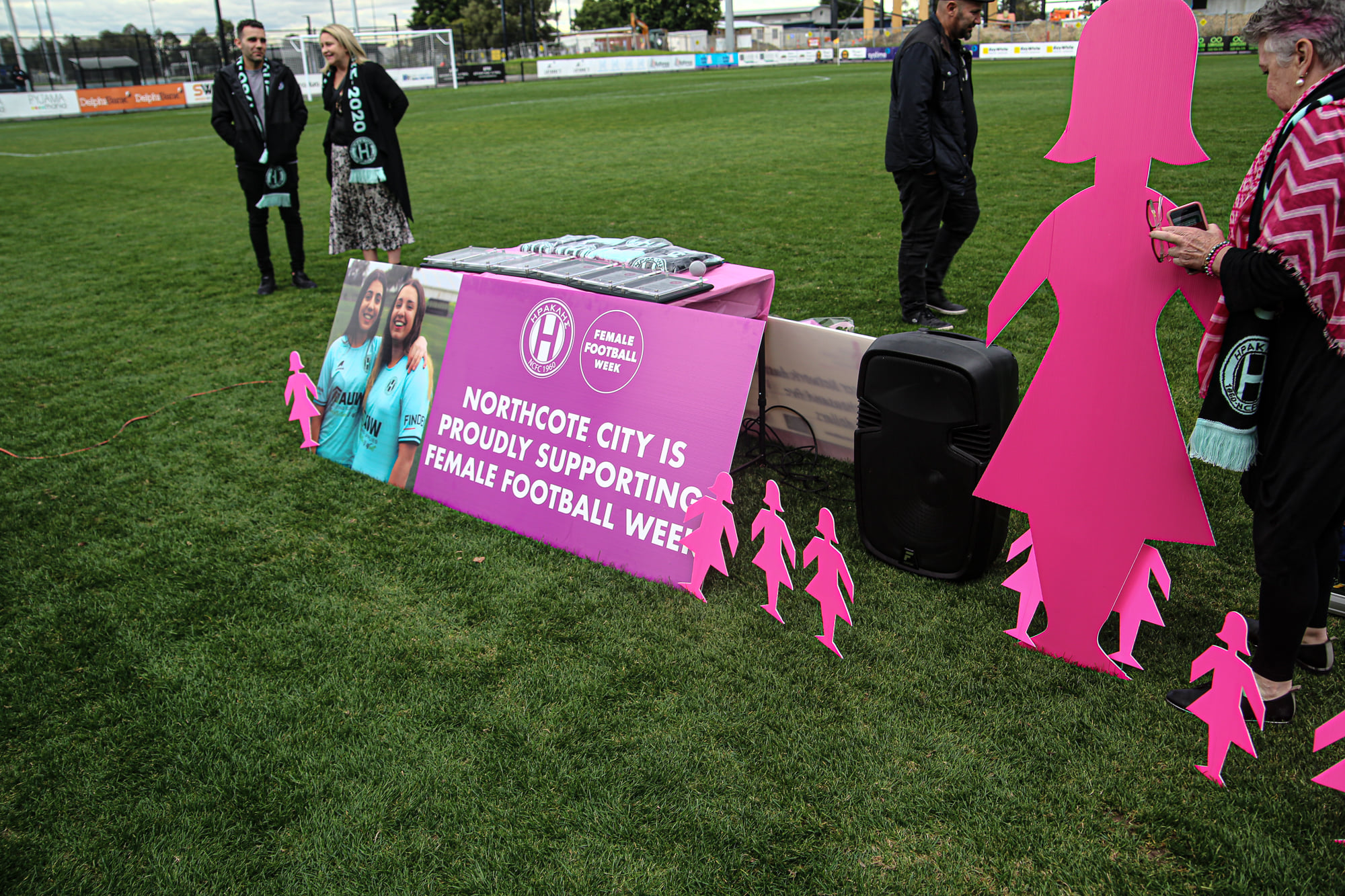