The Victorian futsal super-clubs shined in the final day of the State Futsal Championships as numerous clubs went home with multiple trophies, concluding their respective competitions in style.

The Dandenong Sharks may not have finished on top of their table in the group stage, but it was them that won the Boys 10s Grand Final in impressive fashion with convincing 6-1 victory over Westgate FC.

The day continued for Metropolitan Thunder’s Girls 11s side that was in hot form, despite losing one group stage match to the West Vic Warriors. The pacey side achieved a dramatic 5-2 victory over Eastern Rangers FC in a thrilling clash that had the crowd loud and proud supporting both sides no matter what the outcome was. 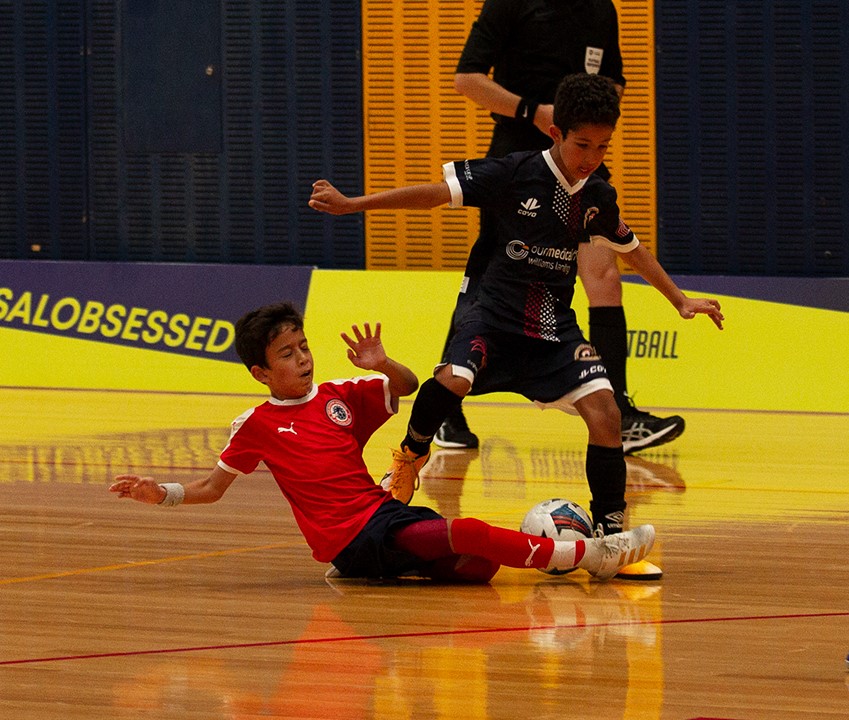 It was a brace of championship victories for the Dandenong Sharks as they completed a near-flawless campaign, as the youngsters won an enthralling encounter against the valiant Vic Vipers FC with a tight scoreline of 5-3.

The marginal favourites after the group stage to win the Boys 12s was Galaxy FC, and the hungry side certainly justified the high praise by boasting a championship victory in an undefeated campaign.

The Melbourne Dragons were another side with the fantastic accolade of not experiencing defeat as they won their Boys 13s grand final 11-0, topping off a campaign of massive wins and many, many goals throughout. The Boys 14s division faced the wrath of the Melbourne Dragons as well with their 14s side also represented the badge in undefeated efforts, adding another championship to the club’s cabinet.

Metropolitan Thunder would confirm another trophy for their fantastic girl’s sides, this time in the 14s category after a ridiculously tight affair against Warriors Futsal Club ended in their favour dramatically.

Serial winners Galaxy FC found themselves striking more goals and confirming more championships, but it was under far more intense circumstances as the Boys 15s clash with EFA Eagles ended 3-2 in their favour.

The Melbourne Dragons were the first club to raise the bar of ‘titles won’ to three as their Boys 16s put on a mammoth 7-2 performance in the grand final against Bushrangers FC.

The Girls 16s continued to provide drama of all sorts with the Murray Bears capping off a wonderful campaign with a close victory that finished 2-0 in their favour.

The East City Wolves won the Mixed 8s with a large scoreline of 7-1 much to their spectators’ pleasure, whilst the Boys 9s followed with Williams Landing FC defeating Melbourne Dragons in an almost-inseparable encounter that finished 4-3.

A huge 7-0 grand final win for the Melbourne Dragons Youth Men’s side gave them the accolade of winning four championships as they proved to be far too strong for any side in the competition.

The night concluded with the Open Men’s matches taking to the court, and after Fitzroy and Moreland both won their semi-finals clashes, the two rivals were set to face off in a rematch after previously drawing 1-1 in the group stages.

It was Moreland who spent the match leading in cat-and-mouse fashion, as every time Fitzroy would score, the Blues would stretch the lead and the deficit for their opponents. A 5-3 win provided Moreland with the State Futsal Championship, providing a significant ending to an outstanding three days of non-stop futsal. 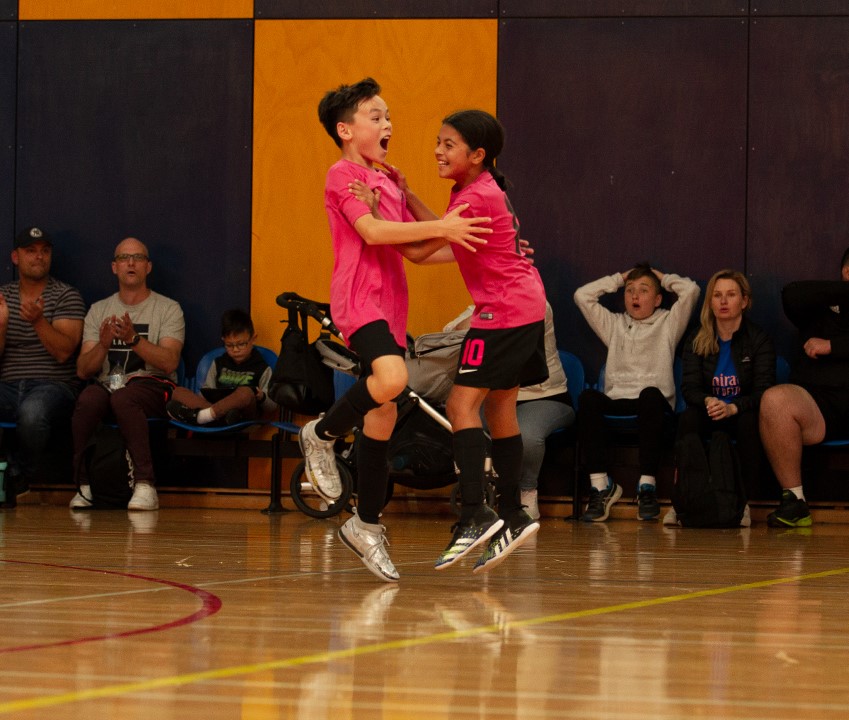