Day 2 only saw the stakes increase with numerous sides asserting their dominance in their respective pools and proceeding to the knockout phases. Whether it was an undefeated streak or a tight finish to the group stage, the entire day was filled with non-stop action.

Murray Bears FC is the side to beat in the Boys 10s with a credible streak of five wins out of five games played. Although the Bears finished the group stage in Pool A with a fantastic goal difference of twenty-five goals, it is second placed Dandenong Sharks FC that go into the play-offs the highest difference at thirty-two goals. Warriors FC Black topped Group B, also maintaining an undefeated record.

Vic Vipers FC’s Boys 11s is another side that hasn’t tasted defeat yet as the mammoth club’s youngsters represented the badge with honour and efficiency, confirming three wins out of three matches. Dandenong Sharks finished above their counterparts in Pool A by two points and will hope to continue the hot form throughout the knockout stages.

West Vic Warriors FC topped an intensely tight group by one-point to progress to the knockout rounds in the Girls 11s, where they will be favourites but will certainly have their work cut out for them.. 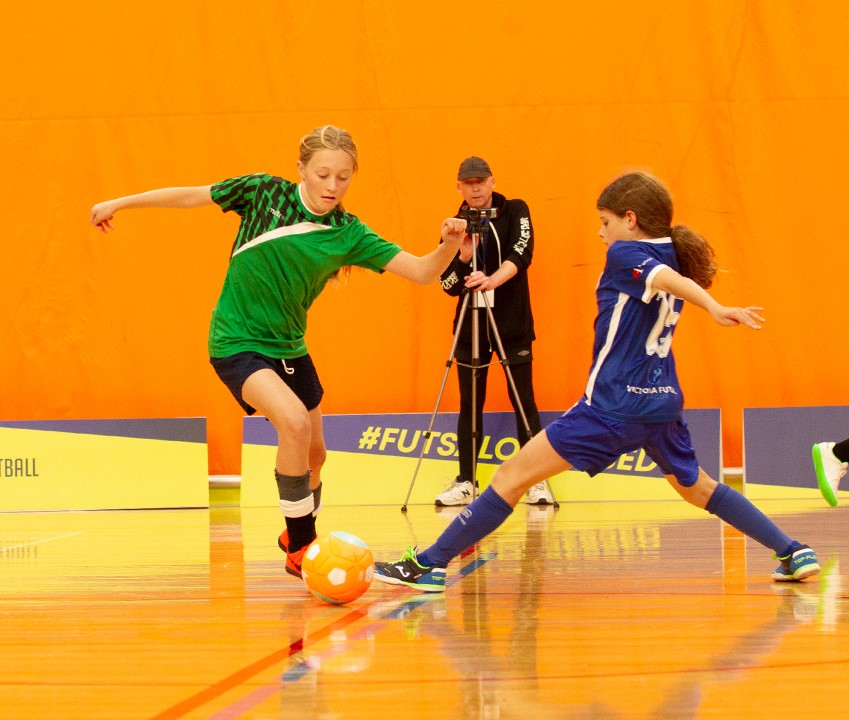 Although Warriors FC didn’t lose a game in Pool B, it was still an extremely tight race to the top as the young side edged their second-placed counterparts Williams Landing FC Gillies by one point in the Boys 12s competition. Galaxy FC’s threat looms on though as the side boasts a fantastic record of six wins in six games, certainly maintaining their reputation as one of the hot favourites to win the championship.

FTS Futsal and Melbourne Dragons Red will both undoubtedly be content with their group stage affairs as both sides topped their respective pools in style, confirming themselves a solid knockout draw in the Boys 14s competition.

Williams Landing FC’s Boys 9s domination pursued in Day 2 as the youngsters were another side to complete a flawless group stage campaign, winning all four of their games.

Easter City Wolves FC and FTS Futsal sit equal at the top of Pool A in the Boys 13s division, but it was the latter side that confirms the preferred knockout match as they edged their counterparts on goal difference. The teams will be fearful of the side on top of Pool B though as Melbourne Dragons FC complete a flawless group stage, winning all four of their matches.

Metropolitan Thunder FC conquer the group stages of the Girls 14s with an undefeated streak of three games and will certainly be prepared to go all the way and win the coveted State Futsal Championship.

The East City Wolves Mixed 8s side provided a showing of class with a fantastic group stage performance, winning all of their games to please their entertained crowd.

Galaxy FC boasted another side with a flawless record as their Boys 15s side complete the group stage with a fantastic record of three wins out of three games.

Bushrangers FC and Melbourne Dragons FC both still remain on top of their respective pools in the Boys 16s league, each winning all their games to progress to the knockout stages in style. The Dragons displayed a presiding 5-0 win over second-placed Fitzroy, solidifying themselves as major threats for the championship.

Murray Bears FC’s Girls 16s continued to display the dominant form they’ve shown throughout the tournament by topping the group but both Bayside Pirates and Bayside Pirates Blue finished only one win behind, maintaining themselves as championship candidates in the process.

The narrative of the Youth Men competition continued with Melbourne Dragons FC continuing to dominate, confirming a group stage campaign of three wins out of three games.

The Open Men’s division certainly impressed with the red-hot crowd in attendance as rivals Fitzroy FC and Moreland FC faced off in an enthralling 1-1 draw, allowing both sides to escape to the next round, with Moreland topping Pool B. Vic Vipers and EFA Eagles would both proceed to the next round after quality campaigns as well, confirming an Open Men’s semi-final round that is riddled with intrigue and anticipation. 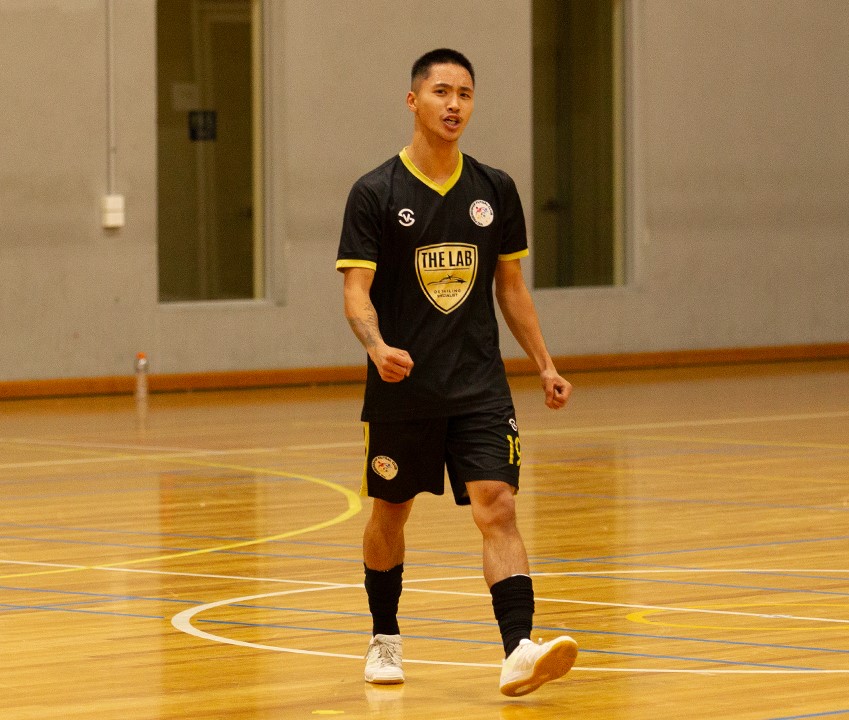