The compactness that has gripped NPLW Victoria continues to show no signs of abating, with just three points separating first from fourth after the opening six rounds of the 2021 campaign and just a five-point gap between top-of-the-table South and fifth-placed Alamein FC.

Opening the round on Friday evening at a windswept Keilor Park Recreation Reserve, Calder United, looking to bounce back from a 3-0 defeat at the hands of FC Bullen Lions in round five, made a rapid statement in their clash with 2021 upstart challengers FV Emerging - going ahead inside the opening 15 seconds. 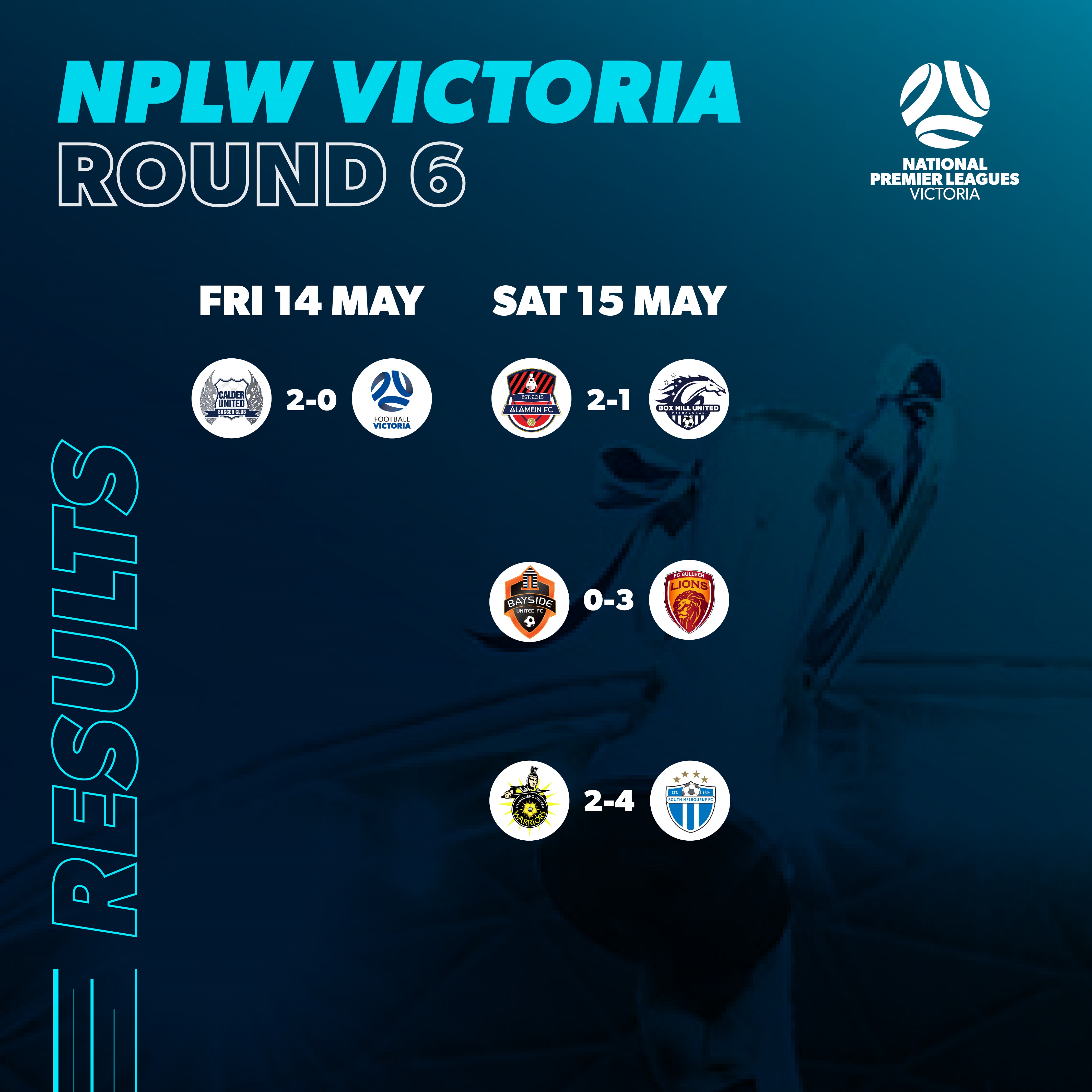 Reacting quickest after the ball spilled to the turf after a long, looping free-kick into the Emerging penalty area, Calder defender Alycia Eckie got to the ball before defenders Claudia Mihocic and Lucy Richards and swung a left-footed inside the near post; a goal reminiscent of her strike in the 2019 NPLW Victoria Grand Final that saw Calder lift the Championship with a 1-0 win over Bulleen.

The hosts then made it 2-0 in the 54th minute after some interplay between Harriet Withers and Aleks Sinclair on the right flank led to the latter whipping in a high cross that was headed into the back of the net by Catherine Zimmerman in towering fashion.

Playing in just her second game of the season since becoming a W-League champion with Melbourne Victory, it was the American attacker’s first goal of the season - so just 32 more to go before she catches up on her 2019 total and 42 for her 2018 pressure. No pressure.

The 2-0 win enabled coach Mark Torcaso’s side to leapfrog the young unit of coach Helen Winterburn into second-place on the table behind only South Melbourne, who recorded a 4-2 triumph over rivals Heidelberg United on Saturday afternoon.

Played in on goal by a long-ball over the top from Sofia Sakalis in the tenth minute, Natalie Martineau’s early effort to break the deadlock at Olympic Village was initially charged down by Bergers’ keeper Melissa Maizels, only for the former LSU Tiger and new W-League champion to maintain her composure and fire in off the rebound.

Found by a cross from Tasmanian import Lucy Johnson, Melina Ayres flicked a header onward and inside the far post to make it 2-0 to Hellas in the 33rd minute of the contest, before the fringe-Matilda made it 2-0 four minutes later by forcing a turnover deep in her foes half, shrugging off attempts to steal the ball back and rifling an effort home.

Free-scoring Alexander attacker Danielle Wise pegged one back for the hosts in the 41st minute by heading home in a Sidney Allen corner and then made proceedings very interesting when she collected a pass from Kathryn Vlahopoulos in space inside the South penalty area and sent an effort beyond Melissa Barbieri in the 74th. With nine goals in six games this season, Wise is leading the league in scoring in 2021.

Thoughts of an unlikely comeback may have been brewing on the Berger bench, but coach Sam Young’s midfield general Reona Omiya put any thoughts of an unlikely turnaround on ice with eight minutes of regulation remaining when she picked out the forward run of Sophie Papatsanis with an inch-perfect pass that allowed her to blast past Maizels to make it 4-2.

The only side with five wins on the season, South are now three points clear atop the NPLW Victoria summit, whilst Heidelberg fell three points back of fifth-placed Alamein and five back of the finals’ places.

Elsewhere on Saturday afternoon, Bulleen did their bit to keep the race for positioning amongst those in the top-four interesting by downing still-winless Bayside United 3-0 at Kingston Heath Soccer Complex.

The side from Melbourne’s Southeast, however, did give the in-form side of coach Caitlin Friend a run for their money: keeping the game scoreless until Daniela Gudelj took advantage of defender Molly Burke being unable to clear a cross and depositing a first-time effort inside the far post.

Her side held to a one-goal lead throughout the remainder of regulation, Gudelj then popped up for her second goal of the game, and season, when she sent a high ball towards goal from an acute angle on the left in the 91st minute.

A less charitable soul might say she was looking for teammate Lia Privitelli from close range but, giving her the benefit of the doubt, the ball was perfectly weighted to loop over the head of backpedalling Bayside keeper Lauren Farrugia and into the net.

There was no doubt about the intentions on Bulleen’s third, though, with some fantastic individual work from Alana Jancevski to hustle into some space on the left enabling her to drive in a low cross that was promptly turned in by fellow second-half substitute Lara Shannon.

The cross versus shot also debate raged out at the Knox Regional Football Centre on Saturday, after a short corner routine from visiting Box Hill ended with Rachel Jarvis sending in a towering ball towards a pack of teammates at the back post that ended up not needing any of them: flying over the head of Beth Mason-Jones and into the back of the net.

A rapid move forward in transition from Alamein after winning a ball in dispute on the halfway line enabled the hosts to tie things up in the 42nd minute of play, with Jamilla Hull eventually driving a low effort in from the edge of the area to make it 1-1.

The game then remained deadlocked at a goal apiece to the end of regulation time; it appearing as though the Victorian top-flight was about to experience just its second draw of the 2021 season.

Jennifer Lum, though, must not be one for ties, as she was able to find a yard of space inside the Pythagoras penalty area and capped off a series of smart passes from her Alamein teammates with a shot that beat Hudson and nestled in the bottom corner of the net to win the game for coach Kat Smith’s side.

The important three points enabled 2019 finalists Alamein to remain in touch with the top-four, while Box Hill continue to have just a single win to their names in 2021. 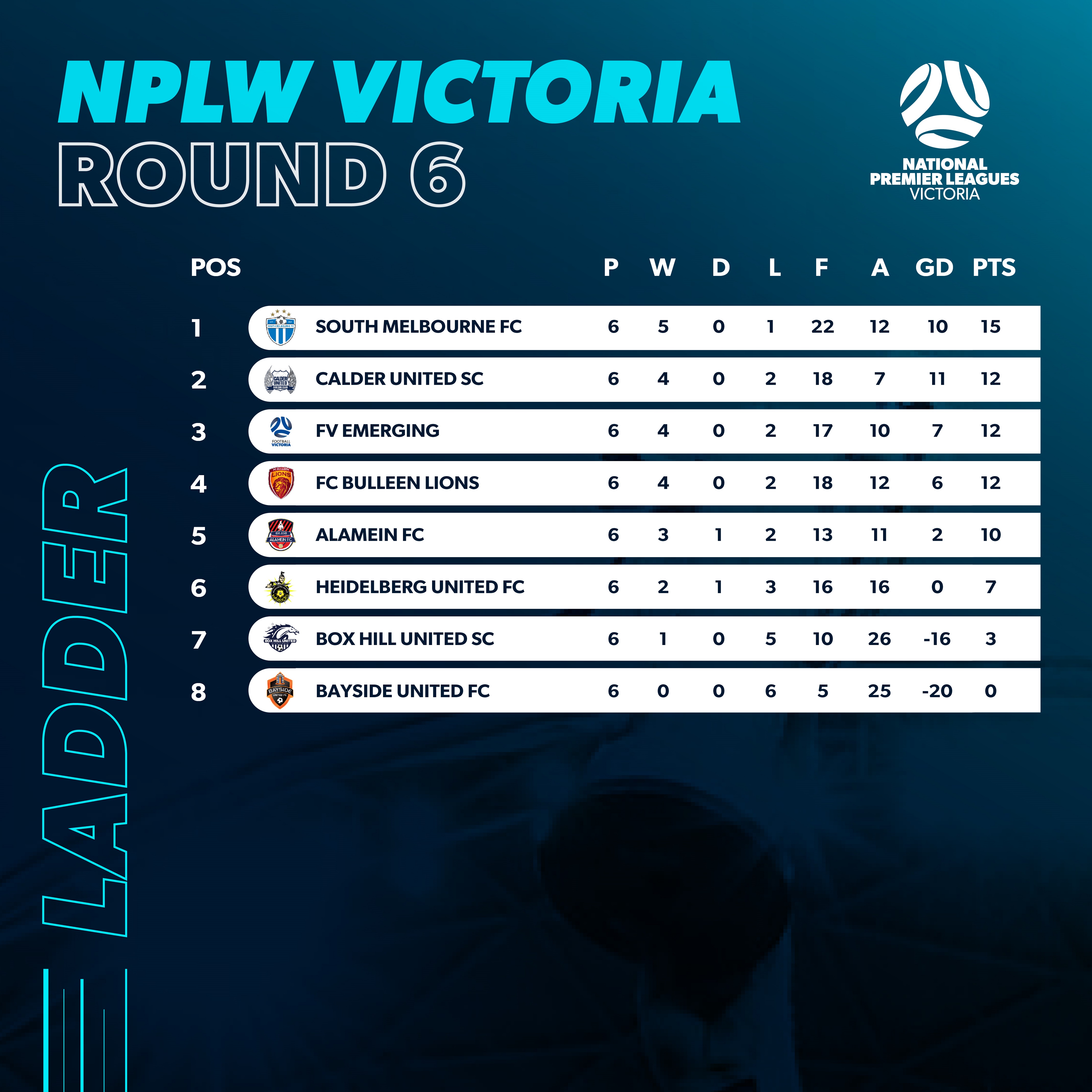