After over a year’s absence, the top-flight of women’s football in Victoria made its much anticipated and very welcome return over the past weekend - throwing up some familiar scorelines as well as some very much unanticipated results. 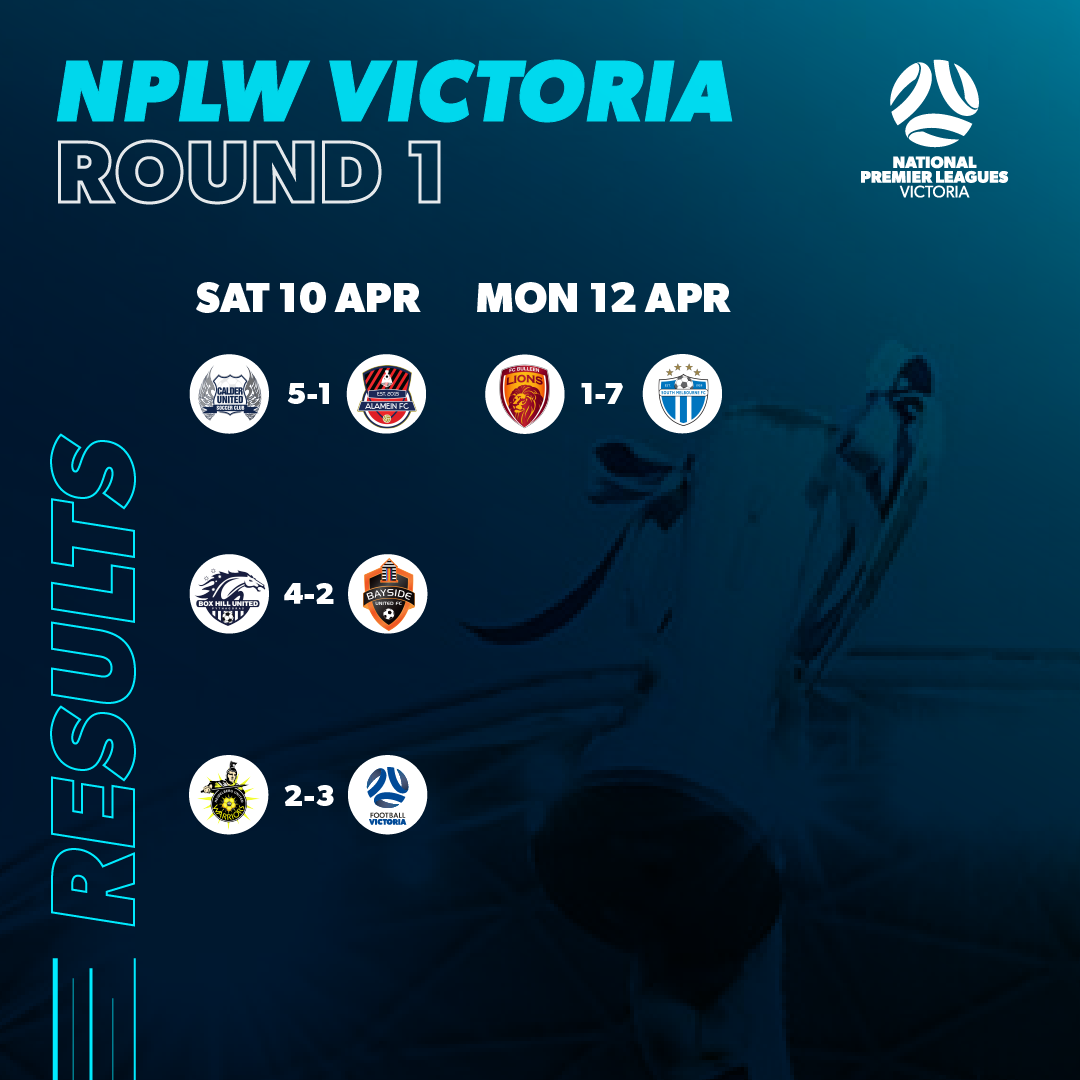 The biggest shock of the round arrived on its final night, with South Melbourne downing FC Bulleen Lions at the Veneto Club on Monday evening.

Of course, that Hellas, one of the more successful teams in the history of the NPLW, was able to down Bulleen isn’t in and of itself shocking - but the 7-1 scoreline they used to do so definitely was.

South was ahead within 15 seconds on Monday evening - Akeisha Sandhu playing through Lucy Johnson to fire the opening salvo past Tarla Dwyer - and then quickly poured on an extra five goals through the opening stanza to make it 6-0 by halftime.

Johnson had fired home twice more to secure herself a hattrick by the time referee Shab Roshan signalled an end to the first 45, while winger Kat Goff had a brace and Caitlin Picket had a goal of her own.

Reona Omiya’s sharp one-two and finish finally put the Lions on the scoresheet in the 52nd minute but South was able to answer back with one of their own when Goff - her blistering pace haven given her defenders fits all night - sent home a deftly taken, left-footed effort from a difficult angle in the 59th minute.

The six-goal margin of victory was enough to ensure that Hellas sat atop the NPLW table at the end of its opening-round: meaning the celebrated club has sides that presently sit atop both the top flight of both men’s and women’s football in Victoria.

Results proved a little more orthodox in the round’s opening contest out at Keilor Park Recreation Reserve on Saturday afternoon; Calder United beginning their belated quest to back up their historic run of success in 2019 with a comfortable 5-1 win over Alamein FC.

After watching new Calder signing Laura Spiranovic open the scoring in the 11th minute of play, the visitors were able to restore the game to parity just seven minutes later when Annabel Haffenden headed home a free-kick looped into the Calder box.

The defending champs, however, took advantage of Julia Sardo’s intended cross being picked up by the wind and hurled into the back of the net just two minutes later to seize momentum right back and were up 3-1 by the end of the half thanks to Spiranovic’s brace.

Harriet Withers and Aleks Sinclair added strikes of their own as time wound down in the second stanza to secure the win and send Calder to second on the table.

Out at Wembley Park, Box Hill United was forced to come from a goal behind, twice, but eventually proved too much for Bayside United in the two side’s Saturday afternoon meeting.

Sienna Fogarty put the visitors ahead when she headed home a cross from Niamh Griffen just past the half-hour mark, only for Erin Keyt to level things up just before halftime with a sweetly taken, left-footed effort from outside the penalty area.

Orchestrating a nice bit of give and go play in the 52nd minute, Rachel Stirton restored Bayside’s lead early on in the second stanza only for Pythagoras to respond again, this time through substitute Irene Paracki just two minutes later.

Box Hill increasingly seizing the ascendancy, Anais Josefski and Helena Fotopoulos added further strikes as the game progressed to ensure that coach Jorge Leon’s side started their 2021 campaign with a win.

The artist formally known as the Victorian NTC, now christened as FV emerging, also got their season off to a winning start in Saturday afternoon’s final contest; seeing off Heidelberg United’s comeback efforts to secure a 3-2 win at Olympic Village.

Just getting to a cross from Caitlin Karic before Bergers’ keeper Sofia Alvarenga could clear, Francesca Iermano put her young side ahead in the 10th minute of the contest, with that lead then doubled by Jessica Young’s well-struck left-footed effort in the 42nd minute.

Alexander, however, rallied back in the second stanza and reduced the deficit to one in the 54th minute when Keely Lockhart fired home.

Proceedings were then brought level in the 80th when an inadvertent handball from the Emerging defence allowed Sidney Allen to step up to the penalty spot and blast an effort beyond keeper Sophia Varley.

But in a dramatic finish, Emerging’s young side refused to drop their heads and found a winner late after Young burst forward through the hear of the Berger midfield and slid a pass across to Karic on the left.

Cutting inside, the youngster curled her subsequent shot beyond Heidelberg keeper Sofia Alvarenga and inside the far post to give her side the win. 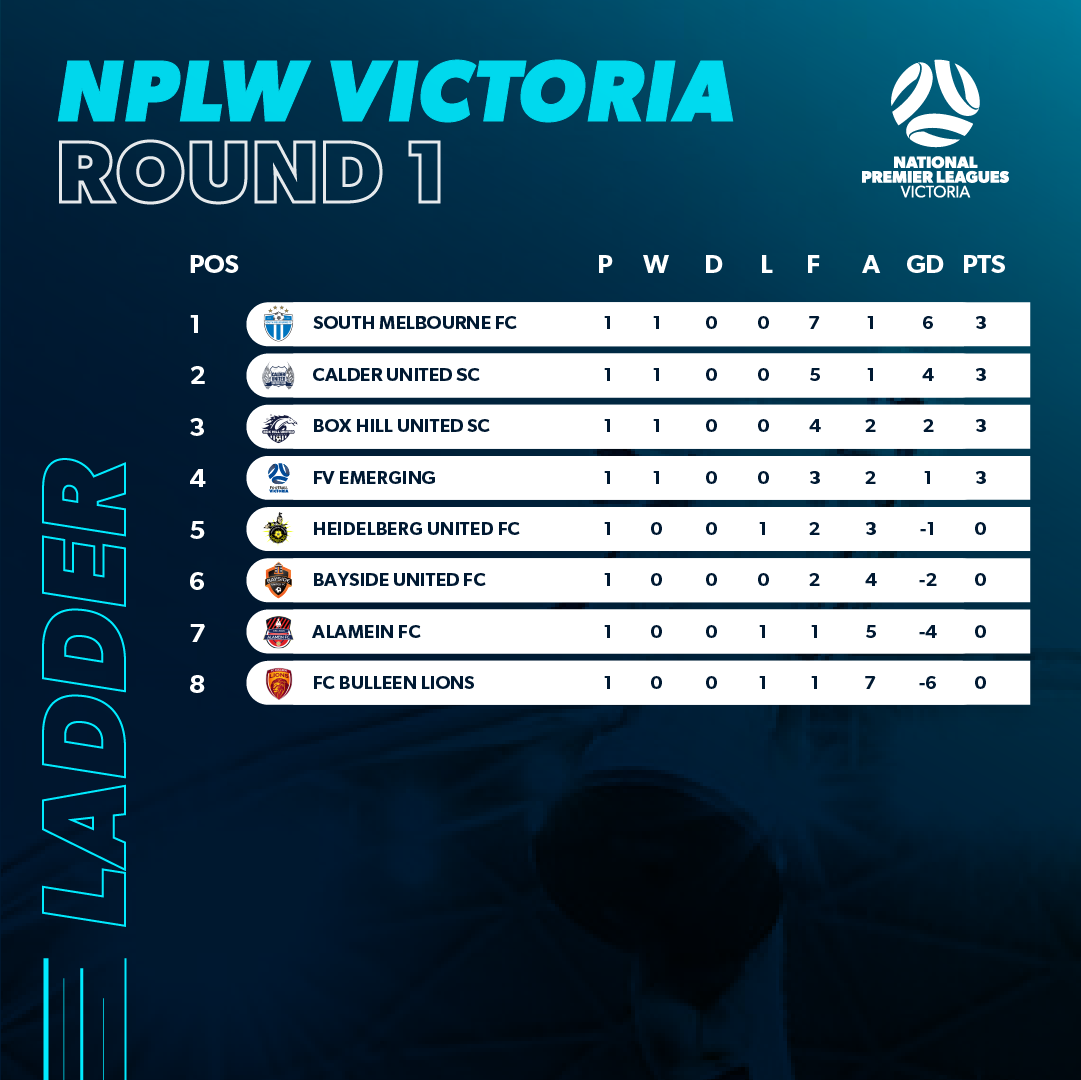