The Nike F.C. Cup is back and bigger than ever, with a Semi Final doubleheader locked in for Sunday, 12 December. Better yet, to celebrate the Cup's return, entry is entirely FREE!

The winner of the first match won't have to wait long to learn who they will meet in the final, as FC Bulleen Lions will meet South Melbourne FC in the night's second game at 8:00PM. The home side beat Melbourne University SC 5-0 to progress into the semis, while South Melbourne also won comfortably, defeating Casey Comets FC 4-1. Adding to their impressive cup runs, both teams were enjoying strong years in the NPLW prior to the season cancellation. South Melbourne led the league, a point clear at the top of the table, while FC Bulleen sat third.

With two huge games and everything on the line, get down to David Barro Stadium on December 12 to enjoy the return of football. Entry is FREE for all attendees! 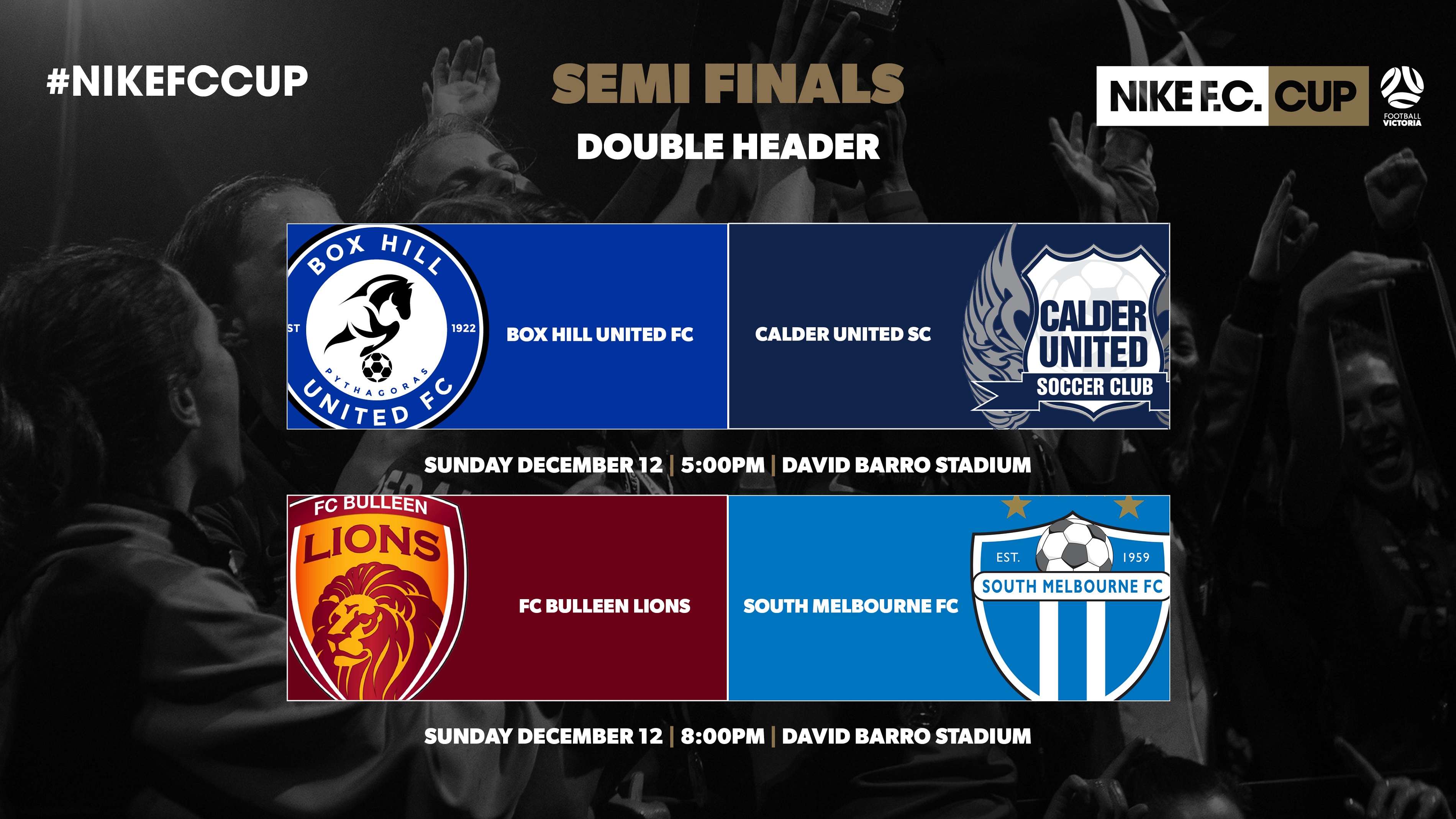