We are thrilled to announce that Nike returns in 2021 as the official naming rights partner of Football Victoria’s Women’s State Knockout Cup - now known as the Nike F.C. Cup.

Update: Here's how the teams will be lining up in the qualifying round following today's live draw: 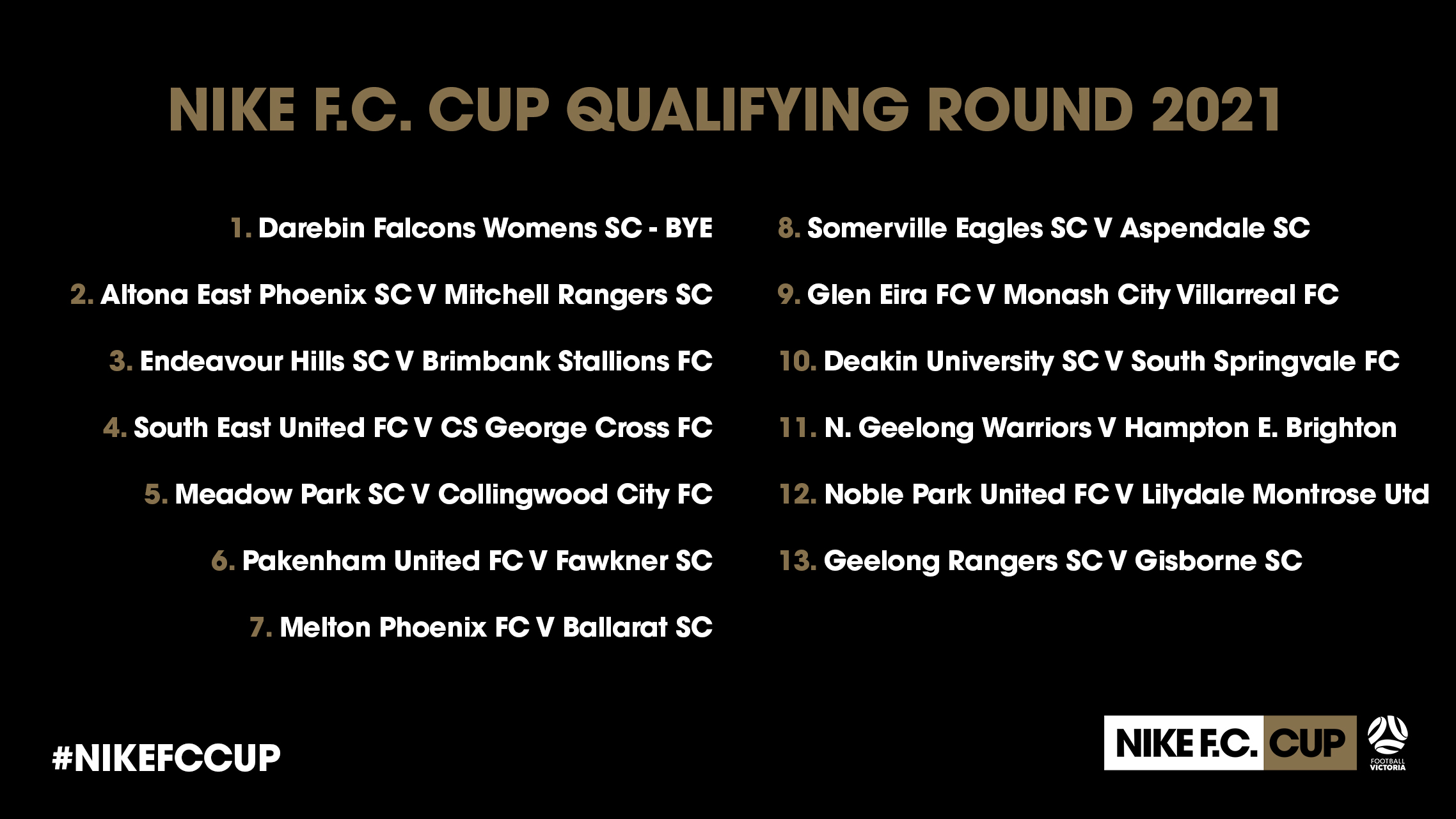 The Nike F.C. Cup will officially kick off on the weekend of 14 March.

The competition’s popularity continues to rise, with a record number of female teams registering for this year's event. We're pleased to be able to reveal that in 2021, Nike will be covering the entry fees for all teams - a terrific incentive for participation.

The Cup has a proud history and was started to give female teams from all across Victoria the opportunity to compete against each other in a knockout format. National Premier League club Calder United SC is the current title holder after winning a hat-trick of cups in 2017, 2018 and 2019 - with the 2020 competition cancelled due to COVID-19.

Will 2021 be the year someone stops Calder from winning its forth in a row?

As in previous years, this partnership will present exclusive opportunities for the female athletes participating in the tournament and we look forward to revealing these throughout the year.